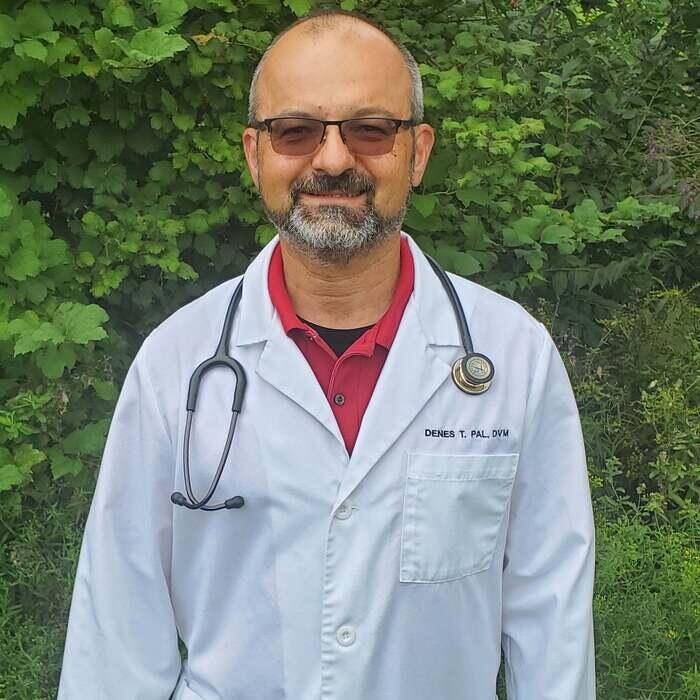 Dr. Pal graduated from the University of Veterinary Sciences of Budapest, Hungary in 1992. He permanently moved to Cleveland, Ohio in 1993 and started working in the surgery department of the Veterinary Referral Clinic in Bedford Heights, Ohio. In 1995 he took the position of an emergency veterinarian at the Emergency Pet Clinic and he remained there until 1999. In 1997 Dr. Pal and his family purchased Danielle's Boarding Kennel in Strongsville, Ohio and he opened his veterinary practice there.
In 2003 a new addition on the existing kennel building was completed, so now he could provide state of the art veterinary care in a friendly spacious environment.
Dr. Pal lives with his wife and two children on a nearby farm. They have four rescue cats and two rescue dogs.

An Ohio State University graduate, Dr. Denise Igoe has significant experience as a former practice owner in small animal medicine/surgery and emergency medicine. Dr. Igoe is certified in veterinary chiropractic and veterinary acupuncture with her special interests in lameness and athletic performance. Her other interests include showing horses, design, and gardening. 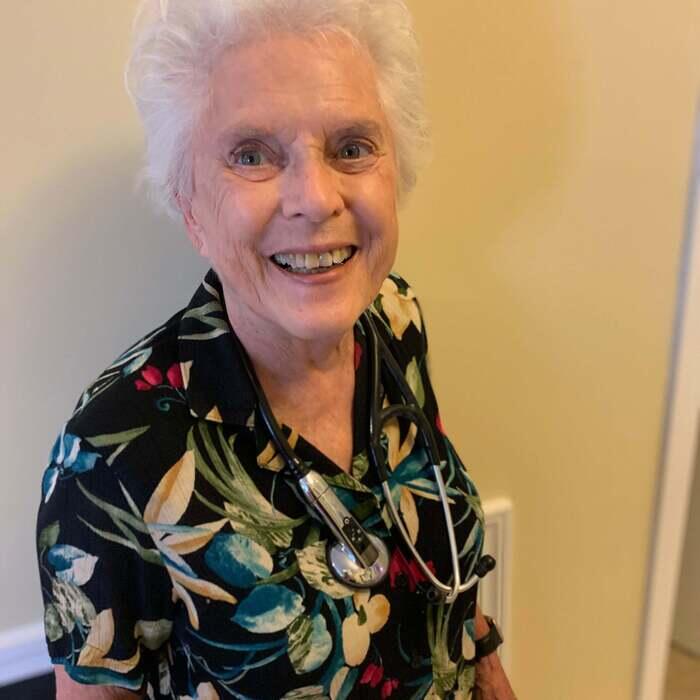 Dr. Nancy Deucker graduated from The Ohio State University College of Veterinary Medicine and owned her own companion animal hospital in Medina for many years before coming to us to assist in the care of your special family members. Her special interests in the office are puppy training, skin issues, and surgery. At home, she likes to hike, garden, ride horseback, ballroom dance, build furniture, and in her spare time find solitude at her farm in southern Ohio. 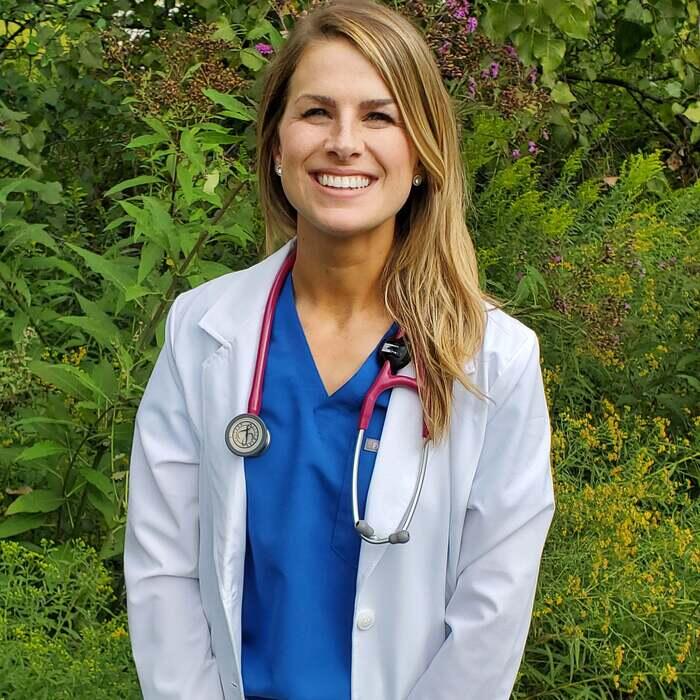 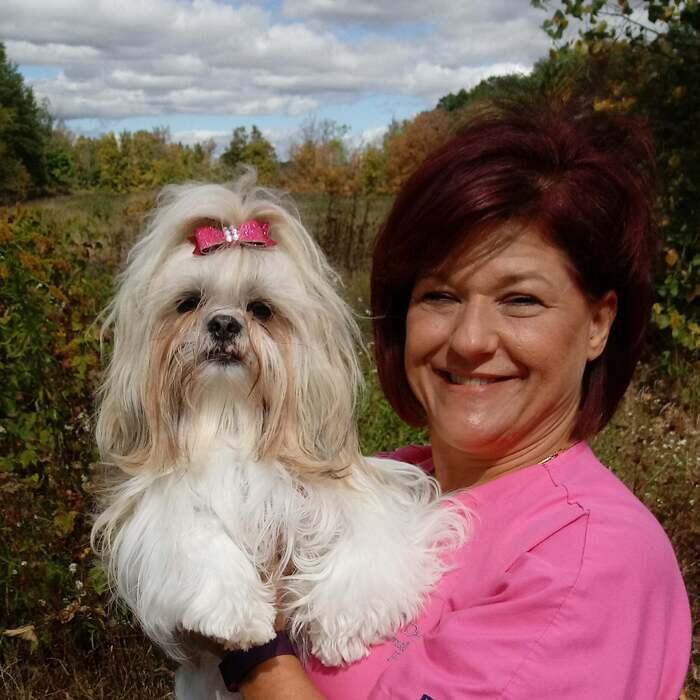 Lisa has been working with Dr. Pal since November of 2006. She graduated from the Veterinary Technology Program at Cuyahoga Community College's Western Campus in May of 2011. Lisa is married with one daughter and she has two cats; Binks and Simba. Lisa is also a grandmother to her daughter's cat, Zazu. 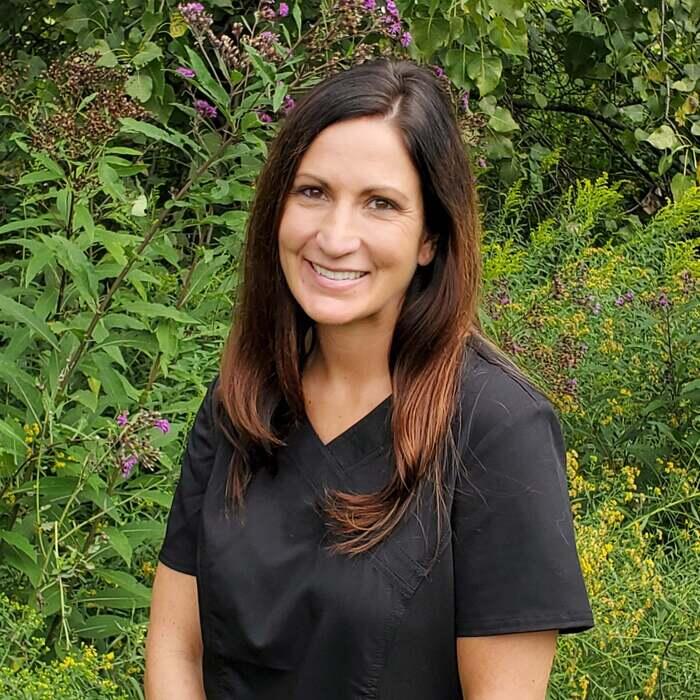 Sarah is a Registered Veterinary Technician. She graduated in 2006 from Cuyahoga Community College where she received an Associate's Degree in Veterinary Technology. She has been working at Dr. Pal's since 2006. Sarah has three dogs Haisley, Kenzie and our clinic dog, Iggy. She loves elephants and gardening. 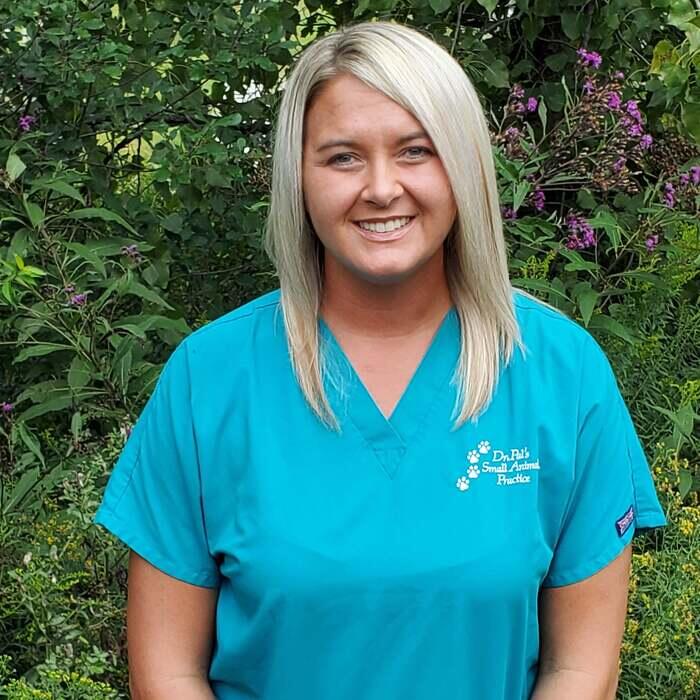 Jessica has been working for Dr. Pal's Small Animal Practice as a receptionist since October of 2010.  She loves to play sand volleyball and spending time with her family. 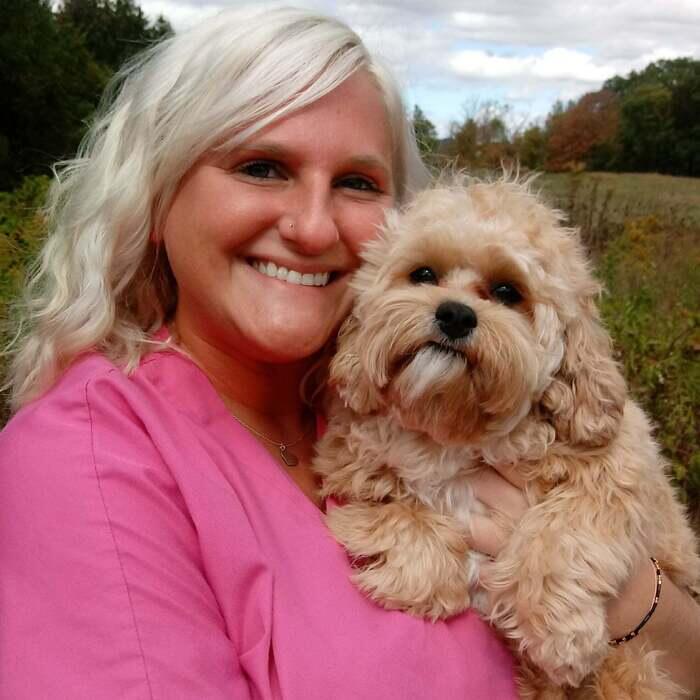 Ashley has been working as a Receptionist at Dr. Pal's since February 2016. Ashley loves to have fun and cheer on her favorite Cleveland team the Cavs! 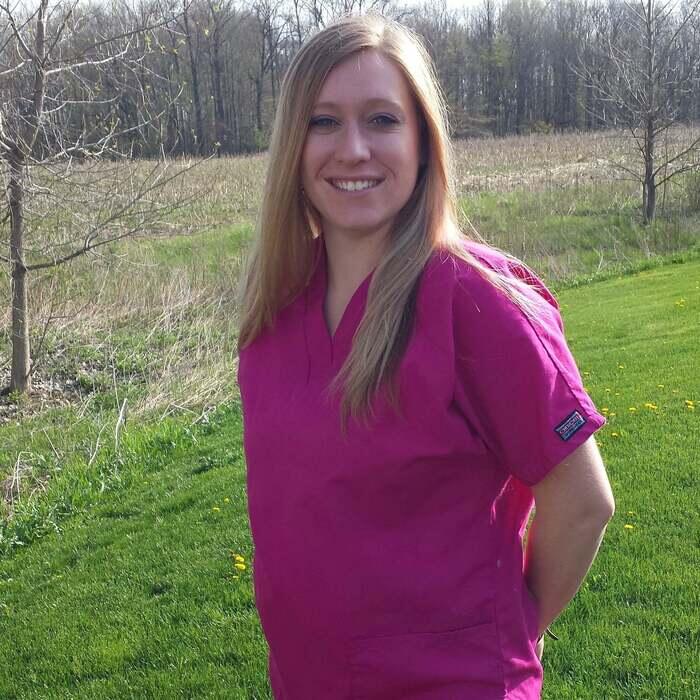 Chelsea has been working at this facility since 2004. She graduated from Animal Care at the Medina County Career Center specializing in the grooming of pets. Chelsea also graduated from Stautzenberger College with an associates degree in Veterinary Technology. Chelsea is married with a baby on the way. She has a Bull Mastiff named T-Bone, an American Bulldog, Scarlett, a cat named Harley, some chickens and a leopard gecko. She enjoys crafting, being outdoors and gardening. 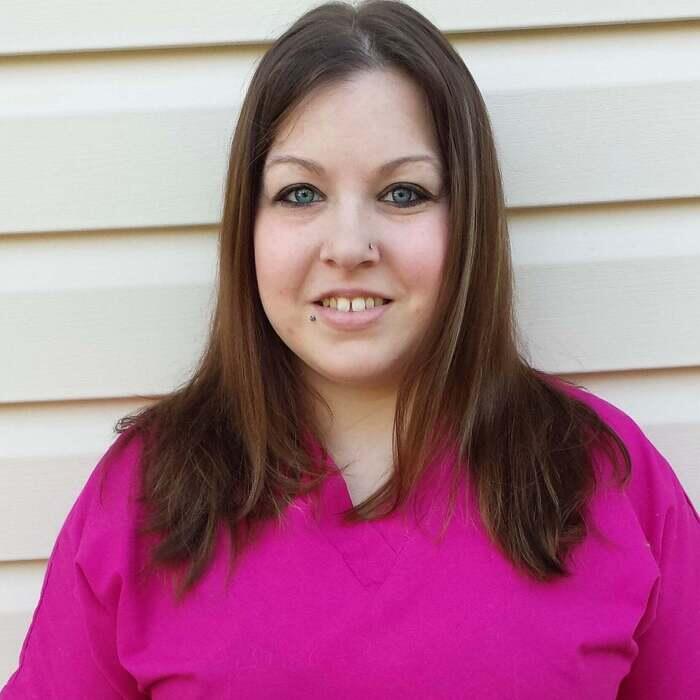 Laura has been grooming at this facility since 2013. She graduated in 2003 from Animal Care at the Medina County Career Center, specializing in the grooming of pets and has been grooming ever since. Laura has rescued Pomeranian's, two cats and two turtles. She enjoys spending time outdoors and playing board games with her family. 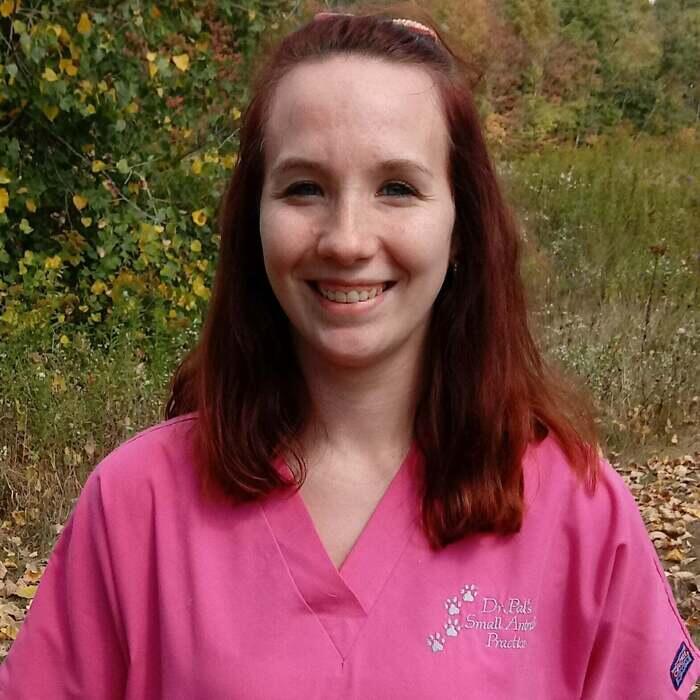 Melissa has been working as a Veterinary Assistant at Dr. Pal's since October 2016. She graduated from  Animal Behavior College in 2015. She loves her cat Milo and crafting. 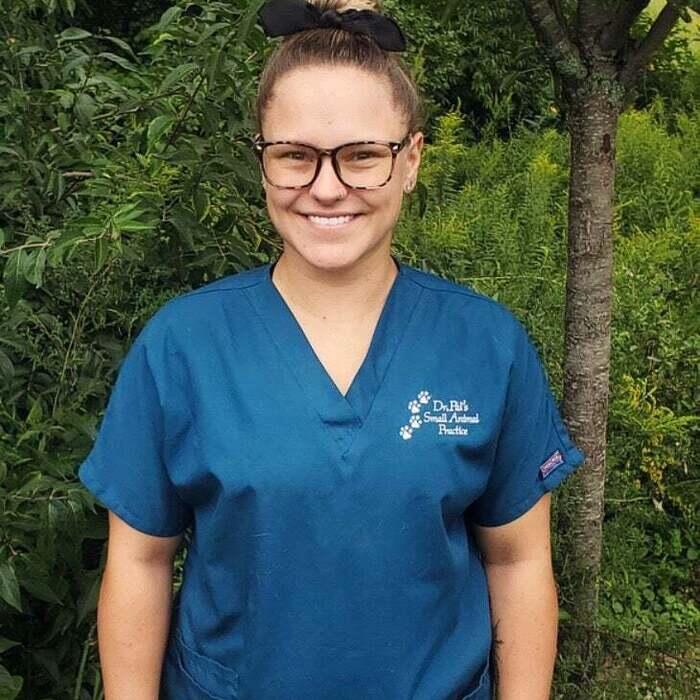 My name is Taylor and I am 26 years old. I live in the Medina area with my husband and our dog Ronin. I have a Bachelor's Degree in Biology with a Minor in Psychology from Cleveland State University. In my free time I enjoy working out, exploring outdoors, and spending time with family and friends! I love working in veterinary medicine because I get to help other people's furry family members! 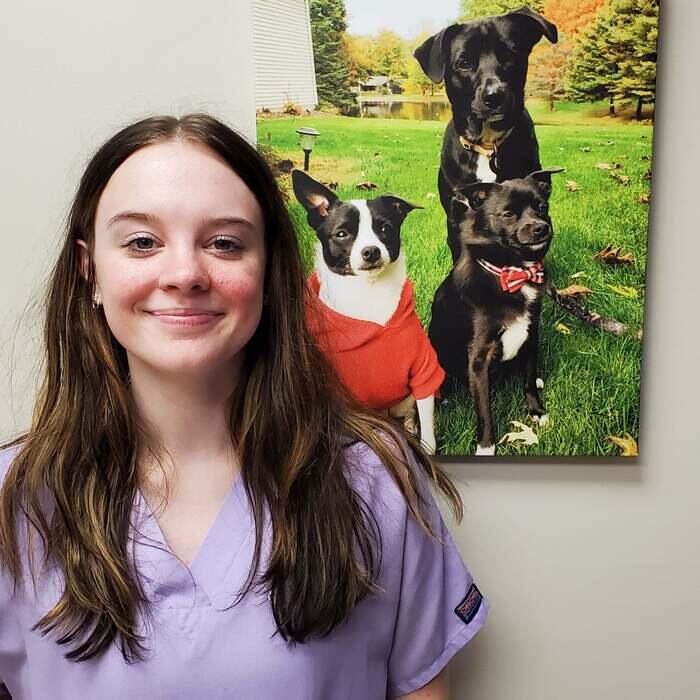 Lindsey has been working as a Receptionist at Dr. Pal's since July 2019. She is studying to become an interior designer. She loves watching movies and drawing.

What our Clients have to say.

I was very happy with my experience at Dr. Pals. I visited them with a foster that they previously cared for. The team knew the pup well and treated him with such kindness. Dr. Pal answered my questions and made sure the dog was at ease during the entire exam.

For general information, questions, appointment requests, call us at: